The Repeater is a feature in which important discussions are highlighted and linked from other authors to help the information get around to as many eyes and ears as possible. Relevant to video games? Maybe. Relevant to gamers? Definitely. Let these be your food for thought. (Image Source: http://www.devcom.com/)

I have to first thank Trudy from Gradient Lair for providing the article which lead me to some of these links that make up this first issue. Gradient Lair is a fiery blog with a wealth of information on socio-political issues, especially race, gender, asexuality and intersectionality.

On Being an Ally

A wonderful article was written over at Black Girl Dangerous about how to be a better ally. I know the word Ally is very loaded these days, but it’s one of the ways we describe people who show solidarity in the realm of political activism. Anyway, Mia McKenzie gives us four ways people like me can do better.

I’ve often said that it’s not enough to acknowledge your privilege. And, in fact, that acknowledging it is often little more than a chance to pat yourself on the back for being so “aware.” What I find is that most of the time when people acknowledge their privilege, they feel really special about it, really important, really glad that something so significant just happened, and then they just go ahead and do whatever they wanted to do anyway, privilege firmly in place. The truth is that acknowledging your privilege means a whole lot of nothing much if you don’t do anything to actively push back against it.

I understand, of course, that the vast majority of people don’t even acknowledge their privilege in the first place. I’m not talking to them. I’m talking to those of us who do. If we do, then we need to understand that acknowledgement all by itself isn’t enough. No matter how cathartic it feels. – CONTINUE READING …

Nope. And someone took the time out of their day to address a reader who thought they would educate us on the fact that there are just two: men and women, and those are based strictly on genitalia. Here’s what the antagonist stated which was responsible for the response article:

do you know anything about biology? the words ‘male’ and ‘female’ literally mean you have either a penis or a vagina respectively. this has nothing to do with the words woman or man. anyone with a vagina is female, regardless of gender. same with males.

The reply said reader received was golden and it came from Tumblr Rapeculturerealities. Aside from shutting down the bigot (benign or not) the author gave a quick and valuable education on exactly how many sexes there are. Here’s a taste:

In our society sexing is based on 5 criteria:

There are 2 things I took away from these articles.

The first is that the best way to support something you believe in is to be part of it. Like the legs of a chair support the seat or the framework of a skyscraper allows it to stand. That’s support. If I can keep that vision in my mind before I act, I can be supportive in the ways I am needed. It’s not about individual voices being heard, but ensuring the message is carried as far and wide as possible in order to affect change. A singer can send a song far enough to reach many ears if they sing loud enough, but a choir can be heard throughout the county when their voices unite to amplify the song itself. It’s not about a single voice. It’s about the song. However, that doesn’t mean the singers are irrelevant. Afterall, there would be no song without them.

The second thing I learned is that too often I fall back on science, not as a crutch, but rather because I know that a certain audience will not hear anything else. Science is legitimacy, it signifies that you can be taken seriously. And that’s the problem. Legitimacy is something only select groups are deemed to have access to; if a white male announces a problem then its legit, but if a non-white and/or non-male announces the same problem, it’s discredited as biased and not based on scientific fact.

I think this is what happens when allies don’t examine our own motives. The biology explanation is sound and it’s brilliant. But the person to whom it was directed tried to use science to defend bigotry …and that’s exactly the lesson I pulled away. As wonderful as science is in explaining these things, and as comforting as it can be to point to concrete concepts, it cannot be the reason we act against this sort of discrimination. Because if we’re only acting on scientific ideas, we’re prone to all sorts of terrible twists of logic. Just think about all the science Hitler used in Europe. It’s true that a lot of it was psuedoscience, but a lot of it was not; it was sound science used to justify the destruction of human lives. Falling back on science to explain to someone why sexism is wrong can backfire and fail. Everyone can use science, because it ultimately does not tell us how to act toward one another. Men especially like to use science to defend their behavior, because it means we can feel less responsible and accountable for how we act.

I hope you all enjoy these two reads, if only to see a different perspective and add a new idea to your mind. If you know of some great articles you think I should read, please post them in the comments or email me. 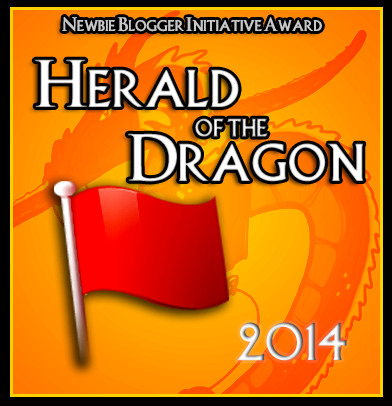 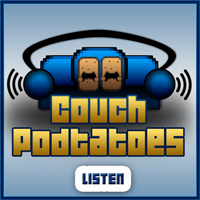